Only meet indoors with people you live with or your support bubble. Up to 6 people or 2 households can meet outside. Work from home if you can. If you have symptoms get a test and stay at home.

Christmas baublelicious is an installation of suspended giant Christmas tree decorations made entirely from coloured paper and suspended to fill the window. The baubles are a collection of intricately folded and highly detailed 3D origami shapes depicting beautiful and traditional Christmas decorations. Jacqui has created this on a large scale to create an eye-catching display and generate a sense of wonder.

Jacqui creates large-scale suspended installations from multiples of origami and paper. Her practice responds to the environment and the natural world and a large part of her work looks at concerns about climate change and loss of biodiversity. Her installations have been exhibited internationally with her largest piece to date, a suspended 3D fish made from 5000 small origami fish, used to celebrate the Chinese New Year in Hong Kong. 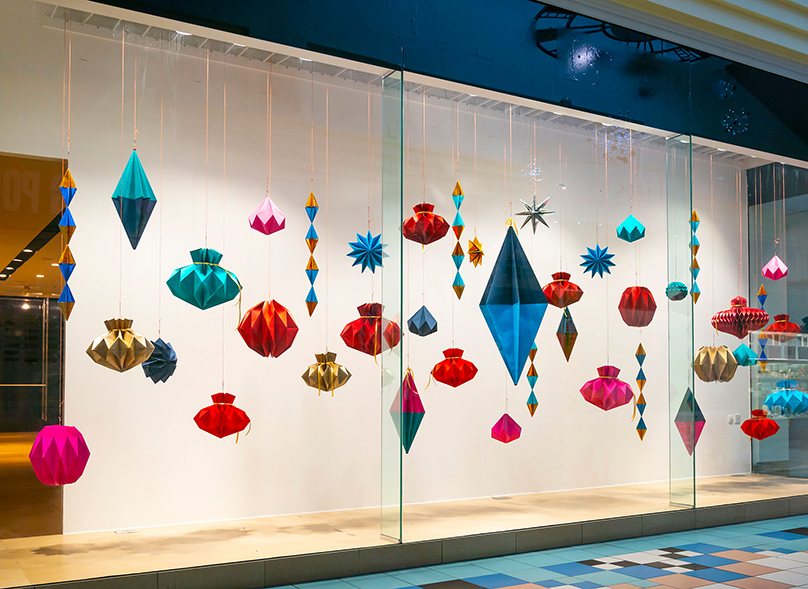 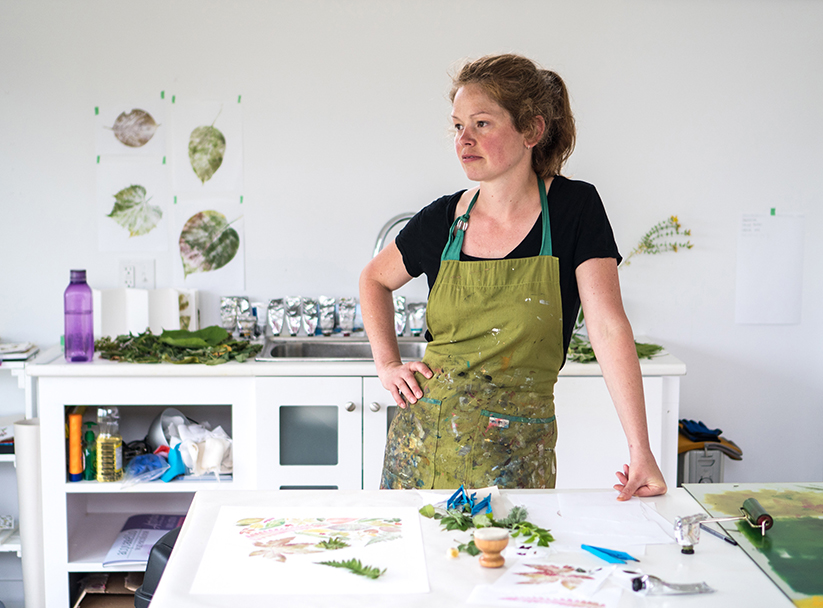